What Is It That Must Be Included In The List Of Emergency Essentials?

We live in a world that presents us with both opportunities and threats in equal measures. We all need to survive every challenge that Mother Nature can throw at us. As a prepper (the person living in survival mode), there is no better way to prepare for any emergency situation than to have an emergency kit fully stocked with essentials for survival. One of them must be a portable water bottle.

No one can accurately predict the events that will unfold in the future. But this should not prevent us from preparing for any possible situation. We should always brace for the worst. How well are you prepared for a disaster? Water? Food? Dry rations? SureAqua Water filtered water bottle? Go through your checklist again; it is better to err on the side of caution. Be a real prepper at heart!

At the core of disaster preparedness is water. Yes prepper, water is life! But not just any water – clean, safe, purified water is life. We are mostly sure that the water that we drink at our homes is safe and free from E. coli. You can be completely sure if you use a filter water bottle.

We know our water at home is probably safe because the relevant authorities have gone the extra mile to meet the health standards. But we are adventurous people. We like hiking and traveling abroad to enjoy the diverse beauty and landscapes of various environments. We very much love to visit those remote parts of the world to cherish the wonders of nature and to break the monotony of our cities and workplaces. However, do we remember our portable water bottles?

I recently went to Egypt on a vacation. I fully enjoyed the view of the Great Pyramids in the desert without being dehydrated by the scorching sun thanks to my SureAqua bottle that I carried with me.

Such a sense of adventure is enshrined in our instincts, and it should never be inhibited due to any fears we might possess regarding the safety of the water we drink. It is normal for a prepper to be concerned about their family’s health when they take off on that important vacation. But now with the GoFreshWater bottle in your survival gear, you do not have to worry anymore.

This smart water filter bottle will take care of your family, certainly more than any other currently in the market! It will give you the assurance that your family will not be without pure water to drink no matter where you go or what circumstances you encounter. Make sure to add this wonderful portable water bottle from the Sure Aqua Company to your list of emergency essentials today!

Will your dream vacation be ruined again? Not when you have a SureAqua product!

It is a total nightmare to have to abort a trip overseas just because a waterborne disease has infected you or your partner after consuming contaminated non-purified water. If you were not aware of the dangers of drinking contaminated water or if you acted carelessly in a moment of thirst, not only will your vacation be ruined but also you will have to spend a significant amount of your money to seek treatment.

Today, there are viral and bacterial diseases that can never fully be cured; they hibernate just to resurface later. Nobody wants to have a recurrent disease caused by E. coli. Fortunately, the chance of contracting such diseases will be significantly minimized when you purchase a filtered water bottle for yourself and your family at a low price – a much lower cost than any medical bills you could otherwise incur. You can add one to your survival gear HERE.

Why should you trust a product from the portable water filter and purifiers from SureAqua Portable?

Because of the importance of water in our lives, there are a number of water purifiers in the market today. But not every filter water bottle can guarantee you completely purified water. Others are bulky to carry around, while some brands failed to incorporate the latest technology during the product’s design phase. On the other hand, our product is a portable water purifier that stands above the rest in design and in results. Our research and development team is constantly striving to look for ways in which Sure Aqua  – a pure water filter bottle – can be improved to better meet the ever-evolving consumer requirements. In fact, we value our customer feedback, and we take any suggestions and insights on how to improve the filter bottle under consideration.

Do not underestimate the importance of water…and the survival gear too!

All over the globe, the prevalence of terrorism is increasing. The terror activities are usually targeted at tourists, especially those from Western countries. For instance, there was a recent attack in Tunisia that left several Westerners dead. Others were quickly evacuated.

For the survivors of such attacks, there is an immediate need for an emergency water purification solution. You do not want to have to worry about becoming dehydrated in an already chaotic situation, for example, if you are taken to an evacuation center that feels like an oven from the heat of being packed full of the survivors. Your portable GoFreshWater smart water purifier will become quite useful to you and other survivors should your worst fears come true.

It is also important to note that the planet is warming fast. Global warming has often triggered or accelerated the frequency of the occurrence of natural disasters, at the same time widening the magnitude of their destructive power. As a frequent traveler, you can easily find yourself suddenly in the middle of a disaster-stricken region of the globe. It could be a tsunami, an earthquake, or a typhoon. The pure water sources and pipes will have been destroyed and the water contaminated.

While waiting for rescue, how will you survive for days without clean water?

The simple solution to the above question lies in the early preparation you should undertake for an emergency situation. Armed with the knowledge of the importance of water, it is obligatory that you immediately add a portable water filter to your list of emergency essentials, as it might one day be your savior during a life-threatening situation.

Most emergency essential experts all around the globe recommend the GoFresh filtered water bottle as a perfect choice for smart water preparation. Therefore, you can be confident that you are making the best choice for the safety of you and your family, and you can order your filter water bottle HERE.

Another reason to include SureAqua in your list of emergency essentials

There are numerous answers to these questions. Some of them include the following:

As a prepper, you now understand the importance of incorporating an emergency water purification bottle in your list of emergency essentials, especially while traveling overseas or even to remote areas within the country. Neither you nor your family members need to be at risk of falling sick from drinking contaminated water overseas any longer. You deserve to enjoy each day you spend on that memorable holiday. Take the initiative now – order SureAqua portable water filter bottle HERE

I was in Nepal when the earthquake struck. All I can say is that the SureAqua Bottle became my ‘guardian angel’. I am glad that I added it to my list of emergency essentials.

“Just got back from Bali. Great holiday! Loved it. Especially not getting Bali Belly. So so many people got sick… Great investment Plan to tell all my friends” 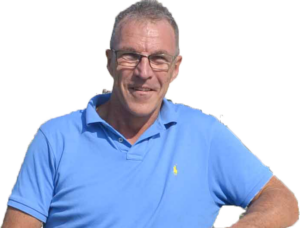 This message is only visible to admins.
Problem displaying Facebook posts.
Click to show error
Error: Server configuration issue
We use cookies on our website to give you the most relevant experience by remembering your preferences and repeat visits. By clicking “Accept”, you consent to the use of ALL the cookies.
Cookie settingsACCEPT
Manage consent